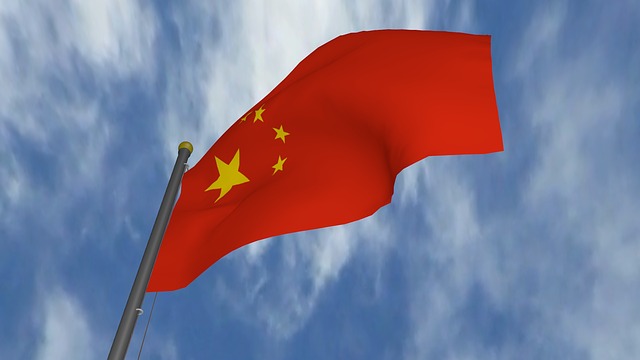 The Chinese government has issued a statement announcing that, as part of tightening censorship policy in the country, the access to most of the global internet will be blocked very soon. The government has ordered local, state-owned, telecommunications companies – China Mobile, China Unicom and China Telecom – to block the VPN access to the net, effective from February, 2018.

The censorship in China

In this way, the government manages to control the news’ content and public opinion, while preventing criticism of the Communist regime in the country. For example, while student protests against the communist regime in Tiananmen Square in 1989 and protestors demand for democratic reforms in the country, are commonly known all over the world, in China itself, it is almost impossible to find any references to these events on the internet.

However, millions of people in China have so far managed to circumvent censorship restrictions by using VPNs, thus gaining access to all the forbidden websites in China, without this being brought to the attention of the authorities. Although the Chinese government is aware of this matter, it is impossible to know the identity of VPN users and what information they send or receive.

Recently, opponents of the government who are not able to publish information inside China, have started to release it on websites outside of the country, thanks to VPNs that allow them to bring information back to the Chinese citizens. By doing this, they have succeeded in causing harm to the public opinion about the existing regime in China. In light of this situation comes the recent announcement regarding the total ban of the VPNs all over China.

What is a VPN?

Virtual Private Network (VPN)  allows anyone to access the internet securely without their ISP being exposed to the information they send and receive.

VPN browsing has several advantages, among them, the ability to browse privately without revealing details about the nature of the activity on the various websites, concealment of the exact geographic location (for example, browsing from one country with another country’s address), protection against bugs or hacking of information systems, and downloading files without anyone knowing the identity of the person who is downloading them.

VPN browsing has a number of disadvantages as well, such as some decrease in browsing speed (due to the fact that the VPN functions as an additional server through which the data must pass); certain risks to the privacy of user’s personal information when browsing the web via a free VPN service provider.

That is why one should choose a trustworthy and reliable service provider.

VPNs are typically used by companies and individuals who are interested in keeping their information private from external parties (such as internet providers or hackers), and in particular in China, internet is actually the only way Chinese people can obtain objective information of what is happening in the world.

And now, apparently, this freedom of information in China is about to end.

Who will be affected by this move?

First and foremost, Chinese residents and opponents of the government will be the ones to be harmed, as they no longer will be able to use VPNs to connect to the world’s leading websites, to release information or to access it. Meaning, the only information that Chinese people can be exposed to will be that which is approved by Chinese censors.

In addition, the move will harm Chinese academics as they will not be able to access foreign journals or contact their colleagues around the world. Furthermore, foreign businesses based in China will not be able to use VPNs to communicate with their branches or headquarters in other countries, and their ability to secure their information will also be impaired.

Is there a solution?

The answer is yes.

Internet Binat offers a number of advanced solutions designed for international companies in different fields of business activity and provides solutions to a variety of challenges, including the one currently forming in China.

Please fill in your info:

Internet Binat is an excellent company with great products and outstanding support.The Network and Security Solutions supported by them are resilient, user friendly, secured with a low and affordable cost.Their support team always gives us high priority and attention

Erez Greenbaum
08:11 10 Sep 19
I am working side by side with Binat an several years, and was constantly amazed with their business insight and brilliant ways to solving problems.We was setup more the 15 MPLS line for our business around the world, which gave the company a significant advantage on top of the competitors.I really hope that our paths will not diverge in the future, and would recommend with all my heart working with Binat Internet and take advantage of their incredible and rare qualities.

Alex Levin
14:27 19 Aug 19
Internet Binat is at the top of WAN services.Adama is working very closely with them for the last couple of years in some very challenging parts of the globe.Without the solutions they provide our job and normal user's productivity around the world would not have been possible.They are professional, committed and above all give superb service !Internet Binat can take you from planning board to execution with flying colors. Strongly recommend👍

Roni Barzelai
13:46 19 Aug 19
We get the absolute pleasure of working with Binat Internet for the last 5 years.We are worked on challenging and innovative projects on a global scale.I believe that every organization that would work or interact with Binat Internet will benefit dramatically from that. I want to note the excellent technical round-the-clock support, especially the Israeli team. Team is ready to deal with difficult situations and solve the problems on time.Any of your problems will be solved ASAP.Will be happy to recommend Binat Internet every time, knowing the benefits and attitude they are bringing with them to every project.

Valery Kucher
11:32 18 Aug 19
The excellent company,High professional levelYou always can trust the technical people that help you in any situation.